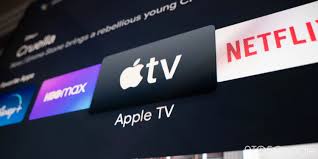 All Android TV devices now have access to the Apple TV app. Apple made the news late Friday night, and it is consistent with Google’s early this year pledge. Apple TV will be available on more Android-powered devices, according to the tech behemoth. The Apple TV app is now accessible on all contemporary Android TVs as of today.

“Introducing a new member to our streaming roster. The Apple TV app is now available on  #AndroidTV devices,” according to a tweet from Apple TV’s official account.

The update is available for TVs from Xiaomi, TCL, Hisense, and other manufacturers. It has also been made available for smart boxes and sticks. The app was previously exclusively accessible on Sony Bravia TVs and Chromecast with Google TV. Xiaomi has independently confirmed the roll-out across its full Android TV device line, which includes Mi TVs, Redmi TVs, the Mi Box 4K, and the Mi TV Stick.

The Android TV app is now accessible for Xiaomi TVs, according to India Today Tech. The app appears in the Play Store search results and may be installed right away.

The Apple TV app is now available on any smart TV running Android TV 8 Oreo or above. However, in order to use the service and watch material on the site, you must have a membership.

How to set it up?

— Navigate to Google Play and search for Apple TV.

— To finish the procedure and launch the program, click install.

— You are now ready to stream.

Apple’s platform boasts an incredible inventory of material, and the Android roll-out comes just days before its summer expansion. Apple has already stated that a new season of Ted Lasso, its hugely popular programme, will be released in the coming weeks. Aside from that, the platform will have Lisey’s Story, Home Before Dark Season 2, Physcial, Central Park Season 2, and more titles.

Khushi - June 7, 2021 0
Image courtesy: asia.nikkei.com LG's Vietnam factory which is a majorly a manufacturer of LG smartphones has taken up the decision of making a transition to...