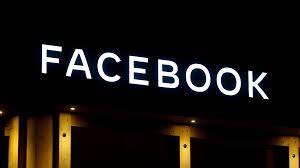 Facebook has entered the subscription newsletter market. It is introducing a new service called Bulletin today, which allows authors to produce free and paid newsletters that can be posted on the web, sent to subscribers’ inboxes, and shared throughout Facebook. Perhaps the most significant benefit for the time being is that Facebook claims it will not charge authors a fee “at launch,” and writers maintain full control of their work and subscriber list.

In a live audio call addressing the debut, Facebook CEO Mark Zuckerberg stated that the new platform is “focused on empowering independent authors, helping them reach new audiences, and fueling their businesses.” At the time of its introduction, Facebook has recruited Malcolm Gladwell, Tan France, and Erin Andrews, among others, to cover a variety of themes ranging from sports and economics to science and medical.

Bulletin is a direct response to Substack and other newsletter offerings’ rising popularity. Substack is utilised by a number of well-known writers, including Glenn Greenwald and Anne Helen Petersen, and the firm has been wooing talent by offering guaranteed payouts. Twitter also just acquired Revue, another newsletter provider, but it has yet to fully integrate it into the social network. Subscriptions are cut at a 10% rate by Substack, whereas Revue is cut at a 5% rate by Revue.

Bulletin, according to Zuckerberg, is part of Facebook’s aim to expand its creative monetization options. “The objective here at the firm is to someday assist millions of individuals performing creative work,” he explained. Bulletin is not yet taking signups. Facebook has hired a number of writers for a test phase and says more will be added “over time.” However, it is not presently accepting new writers.

Sunaina - September 22, 2021 0
Image courtesy: Threatpost There are two words that may make your back cold - ransomware and phishing. What if we say that in the first...