Home News 9 features to know about the Reliance JioPhone Next 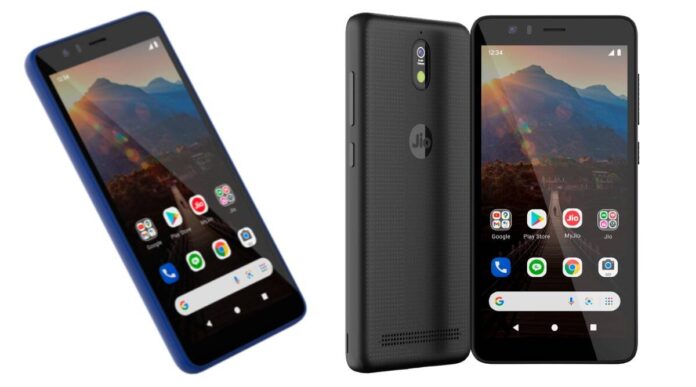 With less than a month till the launch of Reliance Jio’s next big phone, the Jio Phone Next, in collaboration with Google, additional facts about its features and software have surfaced. Mishaal Rahman, editor of XDA Developers, took to Twitter to expose some of the JioPhone Next’s most likely specifications. This 4G-enabled handset, which will be released on September 10th, is expected to be the most inexpensive Android smartphone in India.

1. The operating system of JioPhone Next

The Android Go operating system, which is based on Android 11, will power the JioPhone Next. Its platform is designed for low-cost smartphones with minimal hardware configurations.

2. Apps will JioPhone Next users get

3. Processor of JioPhone Next

Qualcomm’s low-end processor is most likely to power the JioPhone Next. According to Rahman’s tweets, the smartphone might be powered by Qualcomm’s QM215 platform. It has a 64-bit CPU and supports dual ISPs.

4. The RAM and storage feature of JioPhone Next

Because it’s an Android Go smartphone, it’ll most likely have less than 2GB of RAM. The storage capacity is expected to be 32GB or 64GB. There may also be a microSD card slot available.

5. The camera specifications of JioPhone Next

The JioPhone Next will include a single lens camera with a 13MP sensor on the back, as well as an 8MP camera for selfies on the front. Google Camera Go will be the default camera app for Android devices. Google and Jio’s teams collaborated to create an optimised experience within the phone’s camera module for crisp images and videos in low-light settings, as well as HDR mode, which enhances colour and dynamic range in photos.Google has also teamed up with Snap to bring Indian-specific Snapchat Lenses to the phone’s camera.

6. The display specifications of JioPhone next

The display size of the gadget may be somewhere between 5.5 and 6 inches. In terms of resolution, the phone is likely to have a 1440×720 pixel HD display.

7. The battery life of JioPhone Next

While the precise battery numbers are unknown, the gadget is expected to have a battery capacity of between 3,000mAh and 4,000mAh. In terms of battery life, the gadget should last you a whole day. According to reports, the JioPhone Next would be a dual-SIM device.

8. The likely price of JioPhone Next

The JioPhone Next is expected to be a sub-$50 smartphone and may be launched at a price of under Rs 3,500. Reliance Jio may also look at further incentivising the device through carrier deals and financing options.

The JioPhone Next is expected to include a 5-inch touch screen display with large bezels on the bottom and top. The design is reminiscent to Android devices released in 2012. There might be a single camera with LED flash on the back and a selfie camera on the front. It will most likely be a dual-SIM phone with Wi-Fi, Bluetooth, and other features.

hm.tarun - July 30, 2021 0
In case you are hoping to get some best speakers for Vinyl for your home or office purposes, We will give you probably the...