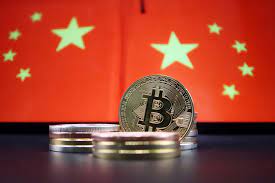 China has added cryptocurrency mining to a revised list of businesses where investment is limited or forbidden, while the number of sectors on the list has decreased overall, according to a document issued by the state planner on Friday. The “negative list” identifies areas and industries that are not open to both Chinese and international investment.

China’s regulators prohibited cryptocurrency trading and mining this year, with the country’s central bank pledging last month to eliminate “illegal” cryptocurrency operations. As a result of the crackdown, cryptocurrency exchanges have terminated relations with Chinese users.

China has also tightened control over public discourse, cracking down on show business for “polluting” society and requesting that mobile browsers prohibit the propagation of rumours, the use of sensationalist headlines, and the publication of information that contradicts the basic principles of socialism.

The state planner announced a suspension to the investment of “non-public” money in a variety of publishing activities, including live broadcasts, news gathering, editing, and broadcasting organisations, and news operations.

The NDRC further said that non-public capital cannot be involved in the introduction of news issued by foreign organisations, as well as summits and award selection operations in the sphere of news and public opinion.

According to the National Development and Reform Commission, the proposed 2021 list of industries in which investment is either limited or forbidden has been reduced from 123 in 2020 to 117. Industries that are not on the list are accessible to all investors and do not require any permits.

Sunaina - September 23, 2021 0
Image courtesy: Bullfrag YouTube tests a new function, which enables people to download videos from their Web browser on their desktop. The latest functionality is...