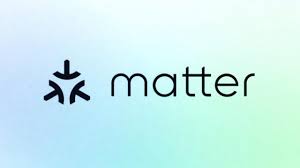 Google, Amazon and Apple are among the tech giants pioneering an effort to ensure smart home products share an infrastructure that’ll work across platforms.

Those looking to smarten up their homes won’t have to worry as much about whether the product supports the individual protocols that drive the major platforms thanks to the new Matter standard. The ultimate goal eventually is to improve interoperability among the greatest smart home devices that make their way into people’s homes.

Further, The standard is intended to make it easier for third-party manufacturers to create products that support Amazon’s Alexa, Apple’s Siri, Google’s Assistant, and any future voice assistants. The alliance seeks reliable and secure smart home technology that will allow gadgets to “operate flawlessly together today and tomorrow,” according to the alliance.

During Google I/O, the firm announced that the Matter protocol will be coming to Nest and Android later this year, making it easier and faster to set up and connect new devices and link them to others. Furthermore, Google is assuring that devices such as the Nest Wi-Fi, Nest Hub (2nd generation), and Nest Hub Max, as well as thermostats and smart speakers, will operate as Matter ‘hubs’.

Moreover, The back-end technology, previously known as Project CHIP, should eventually eliminate the need for users to look for an indicator confirming that the smart bulb, lock, thermostat, or anything else works with Alexa, HomeKit, Samsung’s Smart Things, or anything else. It will also make switching from one smart home provider to another easier.

T-Mobile Giving Away Apple TV Plus Free for One Year to...