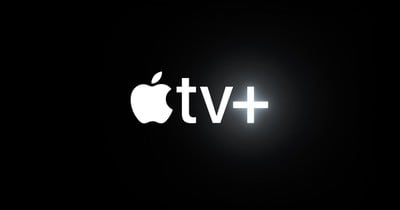 T-Mobile has announced a new promotional offer for its customers: beginning August 25th, new and current users to its Magenta and Magenta Max plans will receive a year’s subscription to Apple TV Plus.

The offer is valid for almost all T-Mobile post-paid customers who are members of those plans, including those on the Magenta 55 Plus, Magenta Military, Magenta First Responders, Sprint Unlimited Plus, Sprint Premium, and T-Mobile for Business plans. Even better, it appears that the promotion isn’t only for T-Mobile newbies; it appears that anyone subscribing to those plans may get a free year of Apple TV Plus.

Users on T-Magenta, Mobile’s Magenta Max, and T-Mobile for Business plans may locate the offer mentioned under their pricing plan information on T-website Mobile’s or app to obtain the free year, but Sprint customers must go to T-promotional Mobile’s site and enter the code 2021APPLETVP1 to get the deal. (Regular T-Mobile users can also do this if they prefer.)

T-Mobile also mentions that the free 12-month subscription on offer here appears to apply even if you’ve previously subscribed or trialled to Apple TV Plus, implying that customers can stack the deal with other free trials, such as the three months of service that come with the purchase of a new Apple device.

T-Mobile is also dealing with the aftermath of a massive data breach that exposed information for millions of its customers, including first and last names, dates of birth, Social Security numbers, driver’s licence / ID numbers, phone numbers, and IMEI / IMSI information for 7.8 million postpaid customers. Furthermore, T-Mobile claims that the incident exposed data on over 40 million “previous or potential customers.”

And, although it’s a great perk for consumers, it’s unlikely that a few months of Foundation or Ted Lasso would compensate for having to cope with the fallout from having so much personal data revealed.