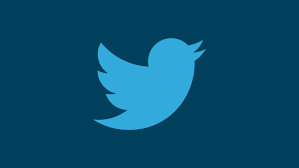 Another update has been released by Twitter to make the Spaces audio function simpler to find and share. The business made the announcement in a post on the platform. On Android and iOS devices, the upgrade will allow users to tweet directly from a Live Space. Spaces is Twitter’s live audio chat function, meant to compete with Clubhouse, and anybody with more than 600 followers may conduct an audio conversation.

The iOS app has also been updated to provide additional ‘guest management’ controls and search tools for Spaces. The latter functionality is presently only available to beta testers. The new version also resolves a few issues, making Spaces more dependable. If you have an Android or iOS device, you will be able to tweet right from the Spaces page using the new composer, which will connect to the audio and the Space’s hashtags.

Twitter also claims that the handle of the Space’s host will be automatically added to tweets at some point in the future. Other Spaces-related features are coming to the Twitter iOS app. On iOS, Tab Beta users will be able to search for active and forthcoming Spaces by title, hostname, and host handle.

All current and planned Spaces are now searchable, according to the company. Twitter hasn’t said when Android and desktop users will be able to utilise the new search tools to find more Live Spaces. Improved ‘guest management’ options will also be provided for iOS users as part of this release. This implies that the control bar will be positioned at the top of the guest management page to make it more accessible.

Sunaina - September 4, 2021 0
Image courtesy: Reuters According to a source familiar with the situation, Google has temporarily blocked an undetermined number of Afghan government email accounts as concerns...

Registrations for Xiaomi Mi 11 Ultra with ultra-limited availability in India...