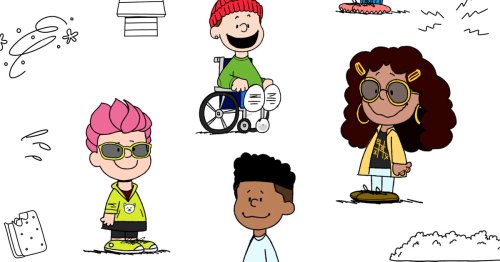 Apple said Wednesday that its instructional “Today at Apple” seminars will be available on YouTube. The first episode will teach you how to sketch oneself like a Peanuts character in Apple’s Pages programme.

The event is presented by an Apple Store employee named Anthony and features two folks who work on the Apple TV Plus show The Snoopy Show — showrunner Mark Evestaff and storyboard artist Krista Porter. I watched the almost 10-minute programme, and it’s a very simple method to transform oneself into a Peanuts cartoon. It’s filled with Apple technology, as expected; Anthony and Porter sketch on iPads with Apple Pencils while collaborating in the same Pages page.

The “Today at Apple” initiative was initially introduced by Apple in 2017 as a community-focused element of their wider retail revamp. However, owing to the epidemic, which caused Apple to close several of its US retail outlets, the firm has had to shift some sessions online. Despite the fact that all 270 US shops reopened in March for the first time since the epidemic began, this new YouTube series indicates that Apple is still striving to develop ways to educate its consumers without forcing them to enter a physical store.

The first episode of the series is now available for viewing. Check it out.