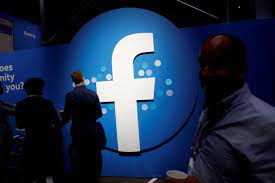 Facebook announced improvements to its commerce capabilities on Tuesday, including the expansion of its “Shops” function to its messaging service WhatsApp in many countries and Facebook Marketplace in the United States.

According to Facebook CEO Mark Zuckerberg, the company would also provide personalised advertising in its Shops service based on users’ purchasing habits.

As part of its drive into ecommerce, the social media giant introduced Shops last year as a means for consumers to browse and buy items on Facebook and Instagram. It claims to have more than 300 million monthly Shops visits and 1.2 million monthly active Shops users.

During Facebook’s most recent earnings call, Zuckerberg stated that e-commerce is one of the company’s three major areas of focus, along with working on augmented and virtual reality and assisting content producers in earning money on Facebook’s platforms.

The firm said it will test an artificial intelligence technology called ‘visual search’ in the coming months so that customers shopping on its photo-sharing site Instagram may click on goods and locate comparable products in Shops. According to Zuckerberg, users will be able to utilise this search from within the app or from images on their own camera rolls.
Moreover, Facebook Inc. unveiled its own Clubhouse-style live audio rooms and a method to search and listen to podcasts on its platform on Monday, signalling the world’s largest social network’s push into social audio.

Sunaina - June 5, 2021 0
Image Courtesy: CNET Between the first and second quarters of 2020, around 26% of Apple consumers switched to Android. Apple revealed this data as part...

Robinhood’s public trading is off to a rocky start