Home News MasterCard to be the first to bid adieu to magnetic stripe technology... 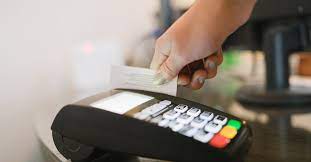 MasterCard, a well-known financial services company, has stated that it would phase out magnetic stripe technology, which was first used for cards in the 1960s. It will be the first to bid goodbye to technology with this decision.

They stated that starting in 2024, magnetic stripes would be removed from their credit and debit cards. None of the MasterCard debit or credit cards will have one by 2033. This will begin in places like Europe. Beginning in 2027, banks in the United States will no longer require magnetic stripe cards.

They stated that starting in 2024, magnetic stripes would be removed from all of their credit and debit cards. None of MasterCard’s debit or credit cards will have one by 2033. Starting in places like Europe, this will spread around the world. Beginning in 2027, banks in the United States will no longer accept magnetic stripe cards.

Improved EMV technology and Cloud Tap on Phone are two examples of possible solutions. MasterCard has also created new contactless payment quantum-resistant standards. According to a July research by Phoenix, 81 percent of American cardholders would prefer a card without a magnetic stripe. Furthermore, it was discovered that 92% of users would increase or maintain their card usage if the stripes were removed. This is sufficient justification for businesses to begin phasing out the technology.

“It’s time to fully embrace these best-in-class capabilities, which ensure consumers can pay simply, swiftly and with peace of mind. What’s best for consumers is what’s best for everyone in the ecosystem,” said Ajay Bhalla, president of Cyber & Intelligence business of Mastercard in a blog post.

According to Mastercard’s latest New Payments Index, individuals are also receptive to new payment alternatives. As a result, we may anticipate a slew of new possibilities.

Sunaina - July 7, 2021 0
Image Courtesy: Business Line As part of a crackdown on parties in its homes during the epidemic, Airbnb has rejected or diverted “potentially dangerous reservation...