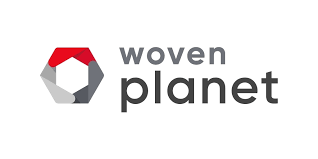 Toyota subsidiary Woven Planet Holdings has purchased Renovo Motors, a firm that develops operating systems for self-driving cars. It is the latest purchase aimed at accelerating Toyota’s ambition to build self-driving vehicles with linked software. The deal’s details were not disclosed.

Toyota created Woven Planet in January 2021 to invest in and develop artificial intelligence mobility. Since then, the business has gone on a buying spree, purchasing Carmera, a startup that offers real-time, high-definition maps and data for driverless vehicles, as well as Lyft’s Level 5 autonomous vehicle division.

Renovo, located in Silicon Valley, creates operating systems that combine all of the software required to manage fleets of self-driving vehicles. Renovo, founded in 2010 by Chris Heiser and Jason Stinson, has been involved in a variety of intriguing automotive projects throughout the years. There was the $529,000 Renovo Coupe electric supercar with 1,000 pound-feet of torque and a 0–60 speed of 3.4 seconds, or its attempt to convert a DeLorean with an electric engine and then do autonomous donuts with it.

Renovo has recently developed an AV system that analyses not just driver attention but also passenger and pedestrian facial expressions to gain a better understanding of their emotions both inside and outside the car. The business collaborated with Affectiva, an AI startup, to implement this technology into its fleet of test vehicles.

“This is a very, really significant day for us,” Heiser said in a blog post announcing Toyota’s acquisition. “When Jason Stinson and I co-founded Renovo in 2010, we imagined a world in which vehicles would be defined by their software platforms, unlocking an universe of new experiences and redefining the fundamental nature of transportation. It is a concept that necessitates a fundamental rethinking of the automobile. This dream, which is perfectly aligned with Woven Planet’s vision and goal, is now one step closer to becoming a reality.”

Sunaina - September 18, 2021 0
Image Courtesy: Mint According to the Wall Street Journal, the Biden administration is planning a range of steps, including penalties, to make it more difficult...