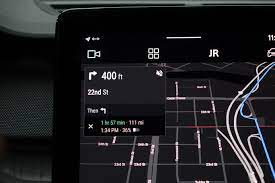 Google chose to open up Android Auto to new app categories last year, ultimately freeing the platform for third-party developers and allowing them to expand their software beyond the mobile phone and tablet displays.

Navigation software was one of the app categories that benefited from this move, as Google enables developers to upgrade their Google Maps alternatives with Android Auto compatibility, providing drivers with more options to reach a location faster and simpler.

Of course, some well-known apps have already been upgraded to include Android Auto compatibility, and another large brand will do so later this month. It’s Gaia GPS, a navigation programme designed not simply as an alternative to Google Maps, but also as a product geared particularly for outdoor professionals.

Gaia GPS provides navigation features for people who wish to explore the backroads, making it ideal for those who want to trek, camp, ski, or get on a bike and ride up a mountain securely. The software offers up-to-date maps, and it includes route maps on both public and private land for mountain biking, for example.

While such an app may not appear to make much sense on Android Auto at first sight, especially given that all of the aforementioned functions aren’t directly geared at vehicles, Gaia GPS also has navigation skills to assist you navigate on both city streets and rural roads.

It also includes turn-by-turn directions to help you follow the trip, as well as Google Assistant compatibility for smooth interaction. The map’s user interface looks and feels familiar to anybody who has used Google Maps previously, thus Gaia GPS is unquestionably a good addition to the Android Auto software arsenal.

hm.tarun - March 17, 2021 0
Are you looking for the best smoke detector? Then just take a look here A smoke detector is an electronic fire-protection equipment that detects the...