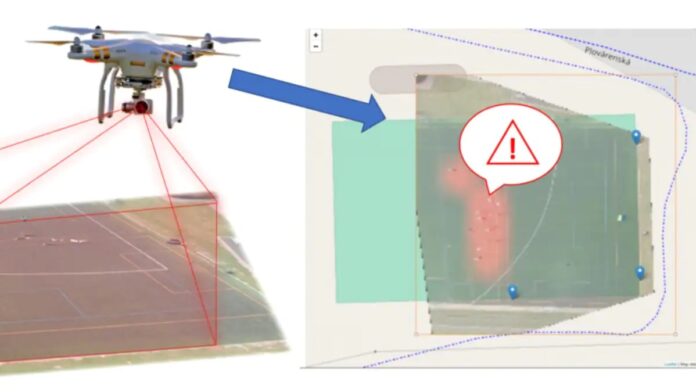 Law enforcement organisations all across the globe are using technology to better equip themselves to prevent crimes and respond faster. With limited personnel, the majority of them are using drones to monitor big groups of people or a wide region of interest. Though extremely beneficial, one element of this technology is limited: the capacity to determine what is normal and what is not. They can only send the video to their handler, who will determine what to do with it. As a result, a group of Czech researchers decided to provide these devices with the capacity to detect suspicious behaviour. They claim to have created a surveillance system that analyses drone footage in a human-like manner.

This innovative technology, which was developed as part of a collaborative research initiative between the Brno University of Technology and the Czech Republic’s Police, employs neural networks to decipher data. It may be used for traffic management as well as surveillance and crowd control, according to the experts.

The main benefit of this system is that it learns and executes the programme in real time, eliminating the risk of losing critical time while creating a police response. Scientists requested the system to monitor football players on a pitch during the experiments. Then some of them were instructed to lie down on the ground. According to the report, the system instantly notified the observer of the abnormality.

However, because everyone is expected to behave differently, there might be a lot of outliers in a crowd. As a result, Baout and his colleagues gave the system observer the option of adjusting the sensitivity level. The Czech police are apparently planning their own experiments to evaluate how effective this technology is, with the hopes of allowing cops to get to a scene considerably faster.

Google Defends Android Phone Maker Deals, with a verdict Due Next...

Apple might be paying lower rates to IATSE workers than bigger...

Vedanta all set to takeover Videocon; Nifty falls from a record...

Xiaomi has surpassed Apple as the number 2 smartphone vendor for...