Home News The recent iOS 15 beta update has fixed some faults in the... 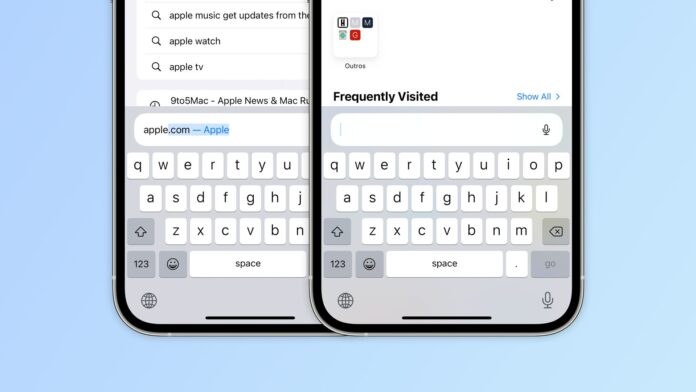 In the latest iOS 15 beta (Developer Beta 6), Apple has changed Safari’s appearance, making the address bar look and behave more like what users are used to and giving you the choice to place it at the top or bottom of the screen. Safari’s revamp, particularly on iPhones, has been divisive from its inception, but it appears that Apple is beginning to reverse the floating design that has persisted throughout the beta.

Federico Viticci, the founder of MacStories and a podcaster, has shared pictures of the new design on Twitter, demonstrating the improvements. When the address bar is set to the bottom, it lies above a row of controls that includes back and forward buttons, a share button, and the tab button.

(In prior beta versions, these buttons were combined with the address bar.) If the user selects the option to have the address bar at the top, Safari will seem like it did in iOS 14. Since its introduction in the initial beta, Apple has been refining and modifying Safari’s new appearance. The modifications have been minor. The address bar now has buttons (creating a minefield of touch targets), and Apple has made the address bar simpler to access while typing in a URL or search query. However, the gradual improvements haven’t appeased some who want a return to a more conventional look, one without a floating element that floats over a webpage’s text.

The ability to move the address bar should please both those who believed its new location at the bottom was a good one (regardless of how its actual design was accomplished) and others who like it at the top. It may be difficult for site designers to deal with the potential of anything butting up against the top or bottom of their webpage, but it’s a nice option for users to have.

According to Viticci, the iPad version of Safari has not changed with this upgrade, however Apple provided an option in Beta 4 that allows you to return to a more conventional look.

Sunaina - August 31, 2021 0
Image courtesy: News 18 Ruparel Yuvraj, a 14-year-old from Mumbai, has been named one of the world's top pupils. The Johns Hopkins Center for Talented...