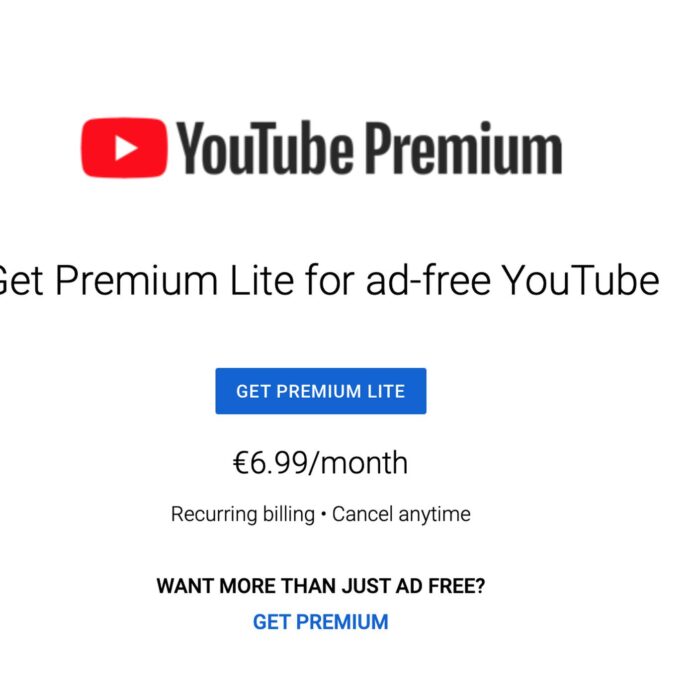 Google is testing a lower-cost premium YouTube membership option that includes ad-free streaming but not other premium features like offline downloads or background plays. A user on ResetEra noticed the new “Premium Lite” plan, and YouTube later confirmed the test offering in a statement to The Verge. Belgium, Denmark, Finland, Luxembourg, the Netherlands, Norway, and Sweden are presently testing Premium Lite.

“With the exception of Iceland, we’re testing a new option in the Nordics and Benelux (except for Iceland) to give consumers even more choice: Premium Lite costs €6.99/month (or local equivalent per month) and includes ad-free YouTube videos,” a YouTube representative said in a statement. In Europe, the present YouTube Premium package costs about €11.99 per month.

Premium Lite gives you ad-free watching on the web, iOS, Android, smart TVs, and game consoles, as well as in the YouTube Kids app. It does not, however, contain any YouTube Music perks such as ad-free listening, as well as Premium features such as background playback (for when you want to move to another app while still listening to music from a YouTube video), or offline downloading.

Premium Lite seems appealing to someone who despises the number of advertisements on YouTube but isn’t interested in Premium’s other benefits, such as offline downloading. However, it now costs about 60% of the price of a standard Premium membership, while only providing around a quarter of the features. The current subscription, though, is in an experimental phase, and YouTube says it would explore rolling out more options based on public response.

hm.tarun - March 17, 2021 0
Modern times have brought us to rely on many of our household goods and appliances. They have improved our lives but at the cost...