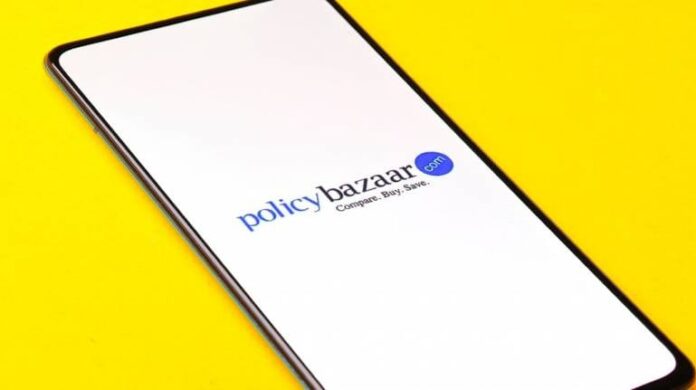 Policybazaar, an online insurance marketplace, has filed for an initial public offering (IPO) that may earn up to Rs 6,018 crore rupees ($809 million), joining a growing number of companies looking to raise money as India’s digital economy grows.

According to a public notice issued Monday, the SoftBank Group Corp.-backed company has filed preliminary paperwork with the market regulator to raise up to Rs 3,750 crore through the sale of additional shares. Existing owners will try to sell shares valued up to Rs 2,268 crore. The startup’s parent company, PB Fintech Pvt, has stated it may pursue a pre-IPO equity offering of Rs 750 crore.

Policybazaar, which is funded by Tiger Global Management and Tencent Holdings Ltd., was launched in 2008 to tap into the country’s vast under-insured population. It joins an Indian tech fundraising boom that intensified after Zomato Ltd.’s July launch drew a rapturous response from investors, who have since pushed the company’s stock up by about 80%. In the next 18 months, more than a dozen firms are planning to list on the public exchanges.

Its customer service representatives assist customers in filing claims, redeeming paybacks, and changing rules. Yashish Dahiya, the company’s founder and CEO, told Bloomberg News last year that Indians had a pressing need for insurance coverage as part of the company’s IPO ambitions. Despite the prevalence of chronic illnesses such as diabetes and high blood pressure, he claims that most middle-class Indians have not set up appropriate health insurance or acquired life insurance.

Policybazaar competes in a competitive industry. Fintech companies such as Acko General Insurance, which is funded by Amazon.com Inc., and Paytm parent One97 Communications Ltd., which is supported by Alibaba Group Holding Ltd., are vying to break state-backed insurers’ stranglehold on a strictly regulated financial services market. Paytm has also filed for its own stock market debut, which is due later this year.

hm.tarun - January 18, 2021 0
The beard makes a man, as the ancient proverb goes. Many men may disagree with me but every man dreamed of growing a rich,...