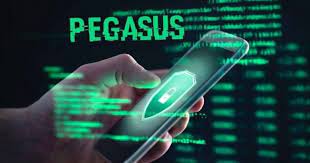 Traces of Pegasus spyware were discovered on the phones of at least five current French cabinet members, according to the investigative website Mediapart, which cited numerous anonymous sources as well as a classified intelligence dossier.

The allegation comes two months after the Pegasus Project, a media consortium that included the Guardian, revealed that the phone numbers of top French officials, including French President Emmanuel Macron and the majority of his 20-person cabinet, were discovered in a leaked database at the heart of the investigation.

There is no definitive proof that the phones of the five cabinet members were successfully hacked, but the Mediapart accusations suggest that the devices were targeted using the sophisticated spyware known as Pegasus, which is manufactured by NSO Group.

According to Mediapart, the phones of the education, territorial cohesion, agriculture, housing, and abroad ministers — Jean-Michel Blanquer, Jacqueline Gourault, Julien Denormandie, Emmanuelle Wargon, and Sébastien Lecornu – had signs of the Pegasus virus.

According to a report by French state intelligence agencies and a concurrent criminal investigation by the Paris public prosecutor, forensic examination of their devices at the end of July confirmed the existence of “suspect traces” of the malware.

When reached personally or via their offices, the claimed victims either did not react or stated that they did not desire to talk publicly on such a delicate issue. Some referred Mediapart to France’s secretariat-general for defence and national security (SGDSN), which declined to comment as well.

Florence Parly, France’s defence minister, visited her Israeli counterpart, Benny Gantz, in Paris in July and allegedly addressed the issue, but no details of their meeting have been disclosed, according to Mediapart.

Clément Beaune, the state secretary for European affairs, stated in August that the administration could say nothing due to the “gravity of the charges” and continuing legal procedures. “We are still trying to figure out what is going on,” he added.

Sunaina - September 21, 2021 0
Image courtesy: Hardware Zone Google appears to be internally testing a second foldable Pixel smartphone, according to 9to5Google’s sources. The device is said to be...